We want to inspire you for our UCC solution! To do this, we use cookies to provide you with an optimal and personalised website experience. Clicking on "Accept all" allows us to process this data and share it with third-party providers in accordance with our privacy policy. Here you can also adjust the cookie settings at any time.
Technically necessary cookies
Statistics
Comfort
Accept all
Save selection

C4B
New home for C4B: News from the construction site

New home for C4B: News from the construction site 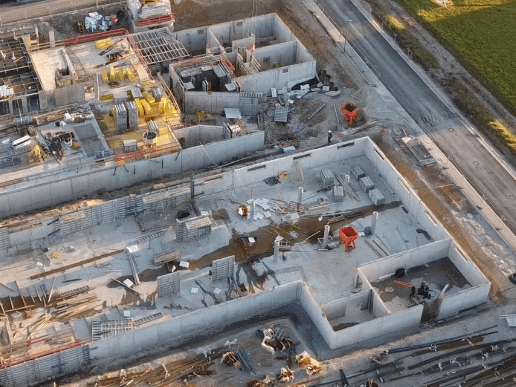 Not only the walls are growing... The anticipation is also growing!

Put the lid on it and that's it: since the groundbreaking in August a lot has happened on the construction site of the new C4B headquarters on Augsburger Straße in Germering:

In the meantime, the civil engineering work on the the new office building is almost complete, and the underground car park is finished. "This week, the floor slab will be placed on top, then we will be through with the work for this year", says C4B board member Stephan Krä. "Everything is going exactly according to schedule."

In mid-January, the structural elements of the building, which is planned as a prefabricated timber construction, will already be delivered.

Although it will be some time before the third-floor roof terrace is inaugurated, home-building events such as topping-out ceremonies and the like will provide plenty of reasons to celebrate along the way 😃

A flight over the future site of C4B. 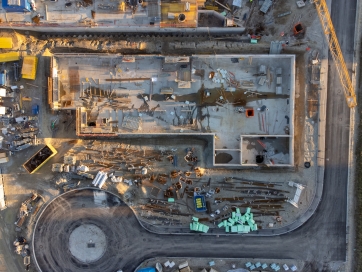 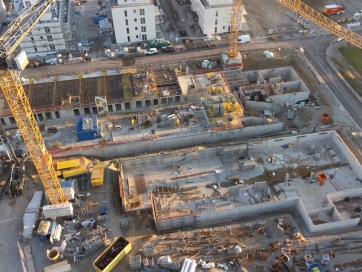 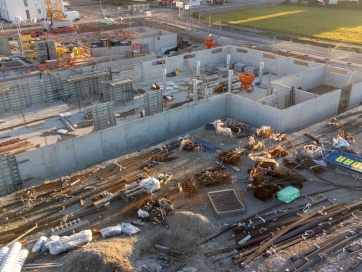 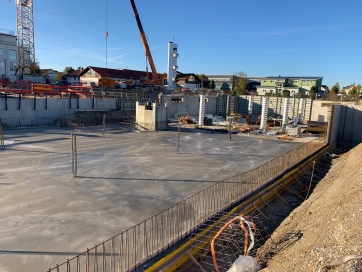 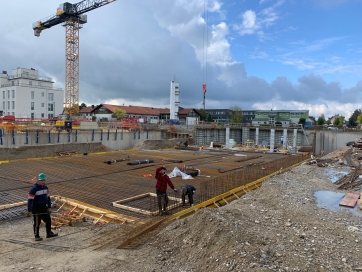 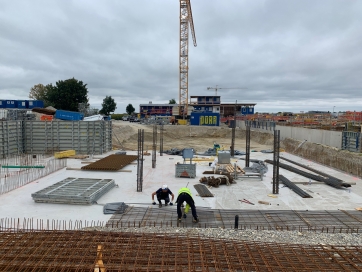 C4B
New home for C4B: News from the construction site